After a successful crowdfunding campaign, we are building the world’s first body positivity bus to tour to spread the anti-diet message far and wide. 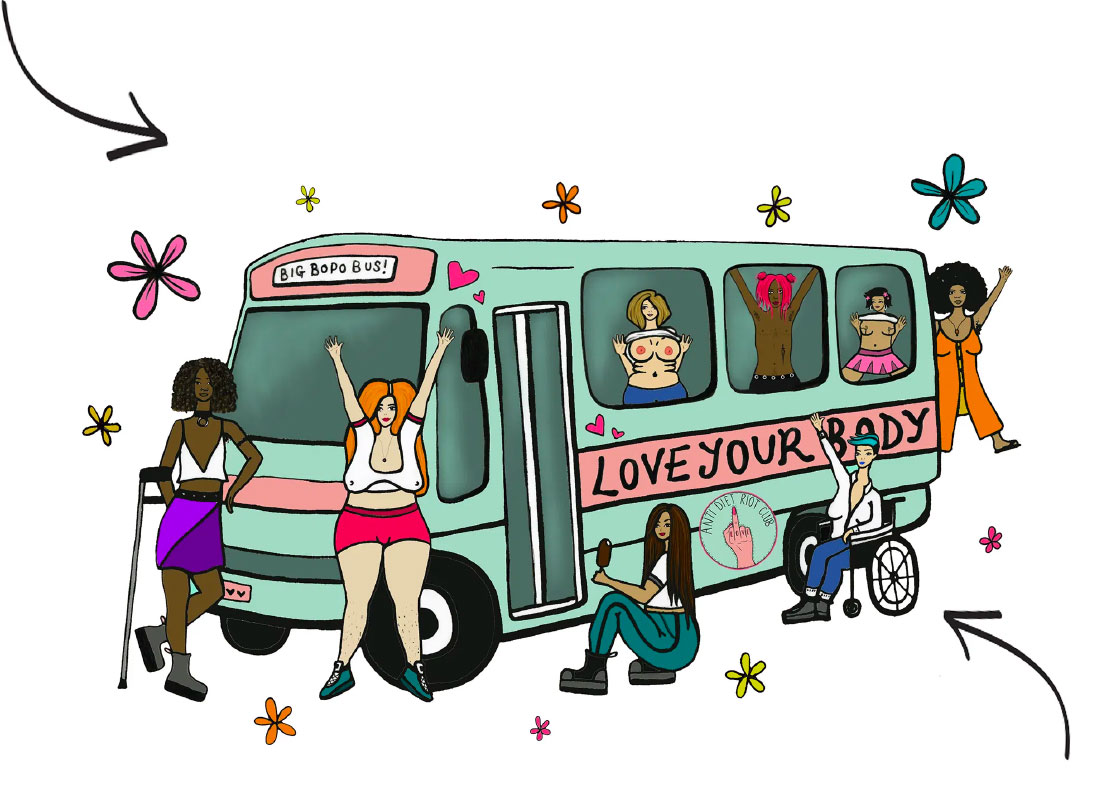 We crowdfunded over £16k to build it

Thanks to everyone who backed our project and helped make this happen!

We had a crazy dream.

Our dream was to build a mobile event space so that we could take Anti Diet Riot Club workshops and meet-ups outside of London and AROUND THE WHOLE COUNTRY!

We want to educate as many people as possible about the negative effects of diet culture, fat phobia and weight stigma and give them the tools  to rally against them. We wanted to help more people accept and embrace their bodies. And we knew that there were millions of people across the UK (and world) who would value connecting with other people in their area also struggling with body image and diet cycling.

On April 9th, we launched our first campaign on Crowdfunder and received an overwhelmingly positive response. BUT, raising over £15k was never going to be easy…in fact it was one of the most stressful periods of our lives. But after securing £5k of match funding from Natwest’s Back Her Business programme (Thanks Natwest!), which pushed us to over £11,000, we were given a new lease of hope. We even managed to surpass our target in the last week of the campaign!

Watch our campaign video below… 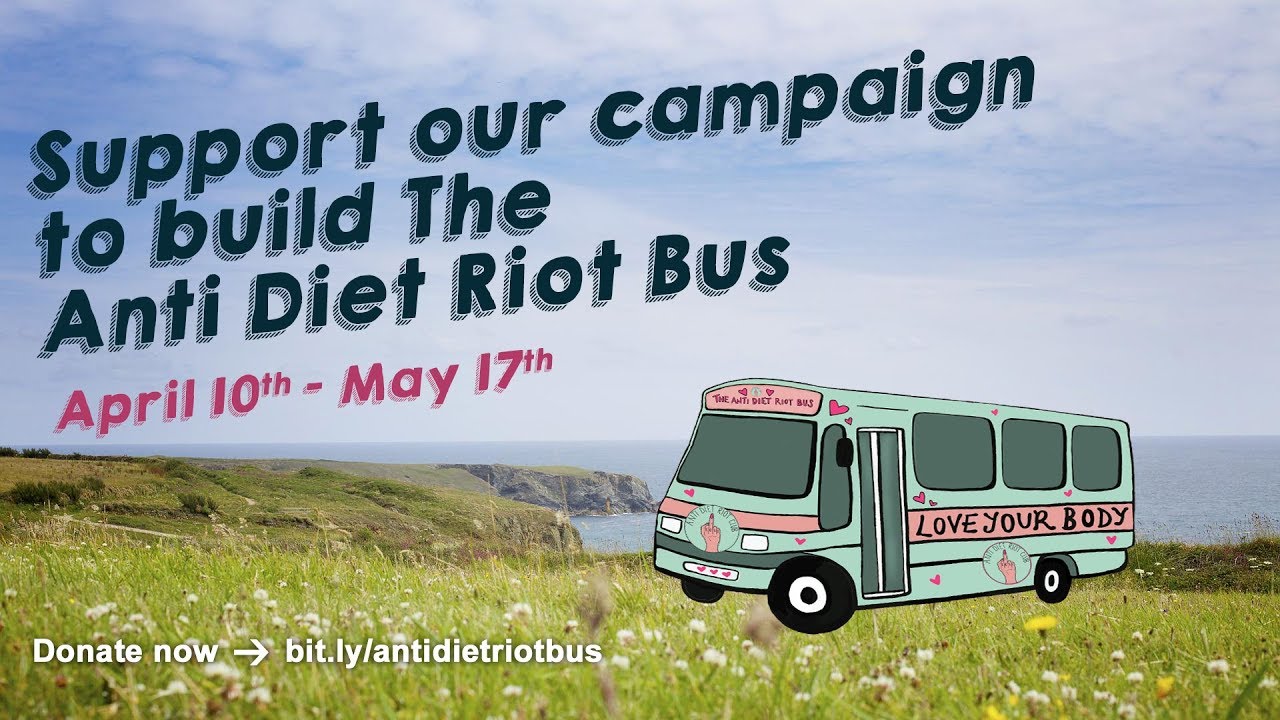 Why did we want a body positive bus?

By the age of 10, a third of girls and 22% of boys say how their bodies look is their top priority in life

People who live outside of London that we want to reach! 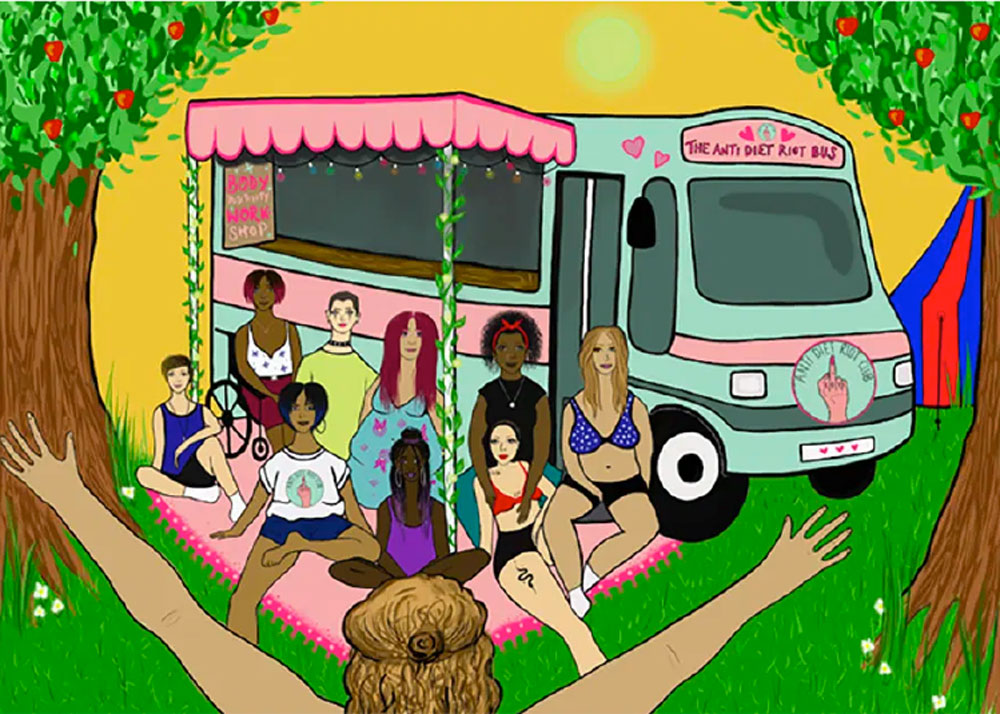 Building this bus will enable our events to come to YOU and as many people as possible in the UK over the course of 2020 and beyond.

We’ve bought an ex-passenger minibus and had it converted professionally by the incredible team at Shred & Butta. By taking out all the seats, using reclaimed pallet wood for benches and storage and adding  wheelchair access, we’ve created a mobile workshop and event space. All funded by the community, for the community!

The Anti Diet Riot Bus will ‘tour’ the UK in 2021 (hopefully once the COVID-19 crisis has subsided) with plans to go to over 15 towns and cities throughout the country. As well as rolling into local communities (with collaboration with local community hubs) the bus will also visit co-working spaces, schools and colleges, arts/music festivals and, we hope, the ever increasing number of female-led events.

The making of the bus

Building this bus will enable us to bring our events to YOU and to as many people as possible in the UK over the course of 2020 and beyond.

The plan is to buy an ex-mobility/community minibus and convert it using the incredible team at Shred & Butta. By taking out all the seats, using reclaimed pallet wood for benches and storage and adding a wheelchair lift we can transform it into a mobile workshop and event space. The conversion will be carried out professionally and to fit the different requirements of our workshops and community.

The Anti Diet Riot Bus will ‘tour’ the UK in 2020 with plans to go to over 15 towns and cities throughout the country. As well as rolling into local communities (with permission and in conjunction with community hubs) the bus will park up at co-working spaces, outside schools and colleges, and arts/music festivals and the increasing number of female-led events. 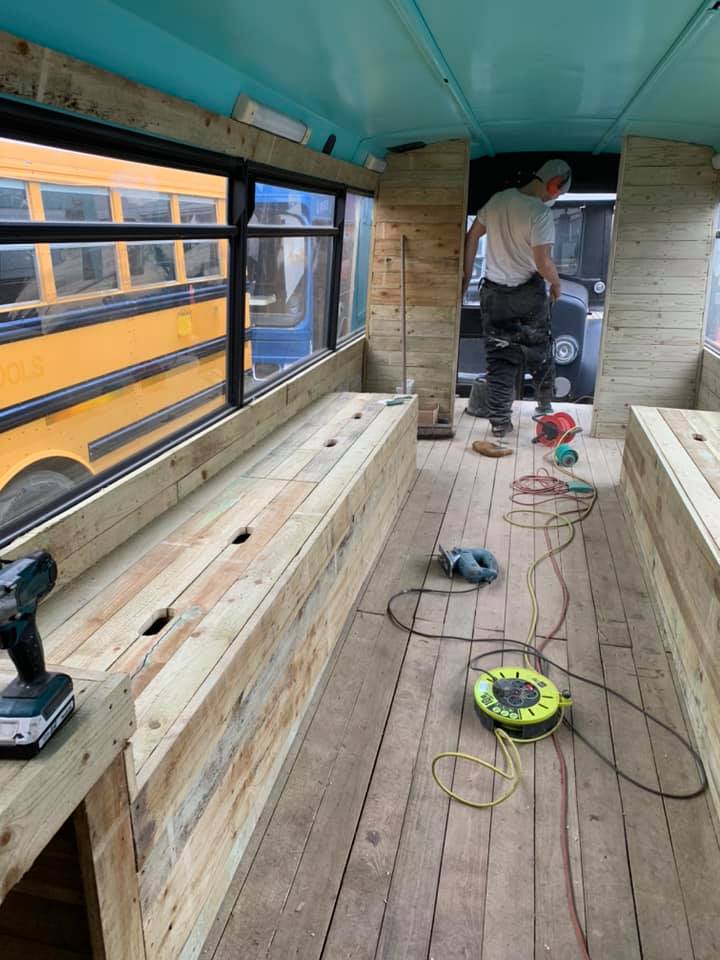 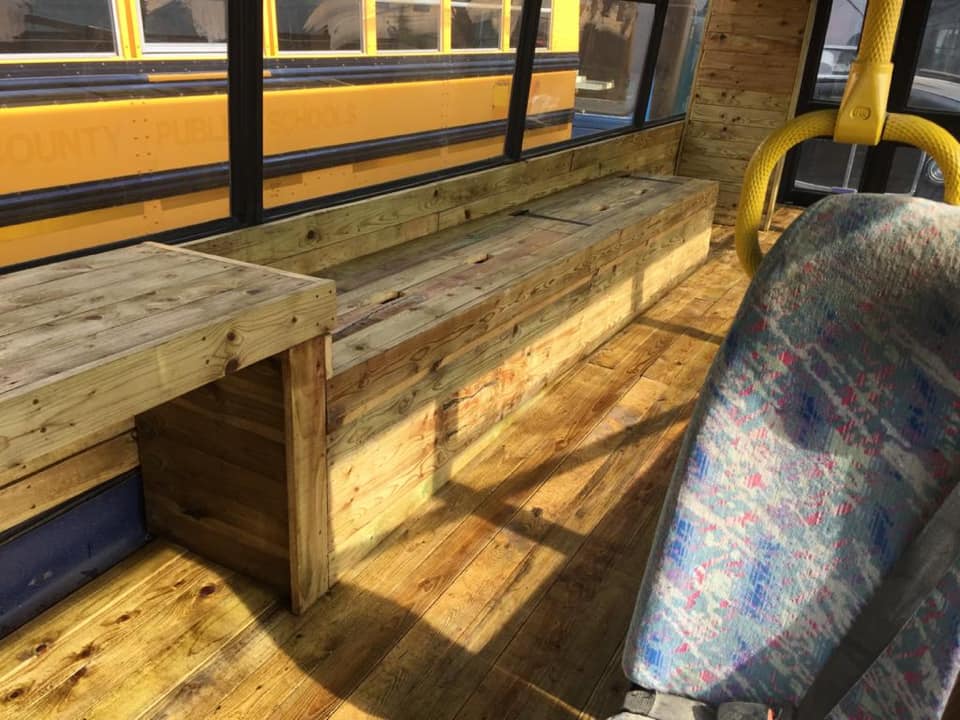 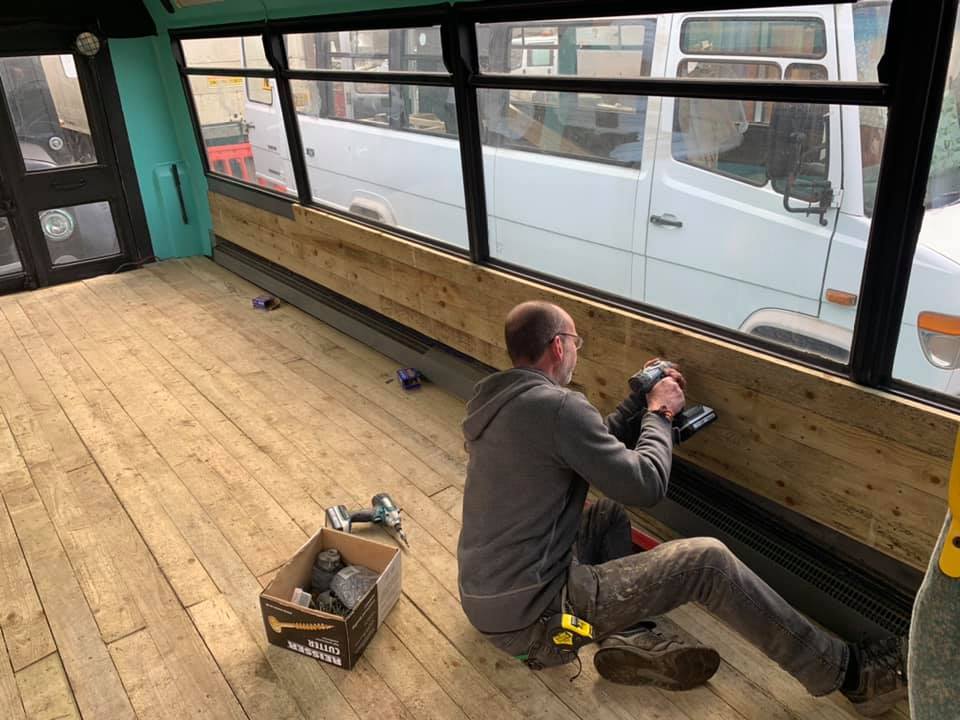 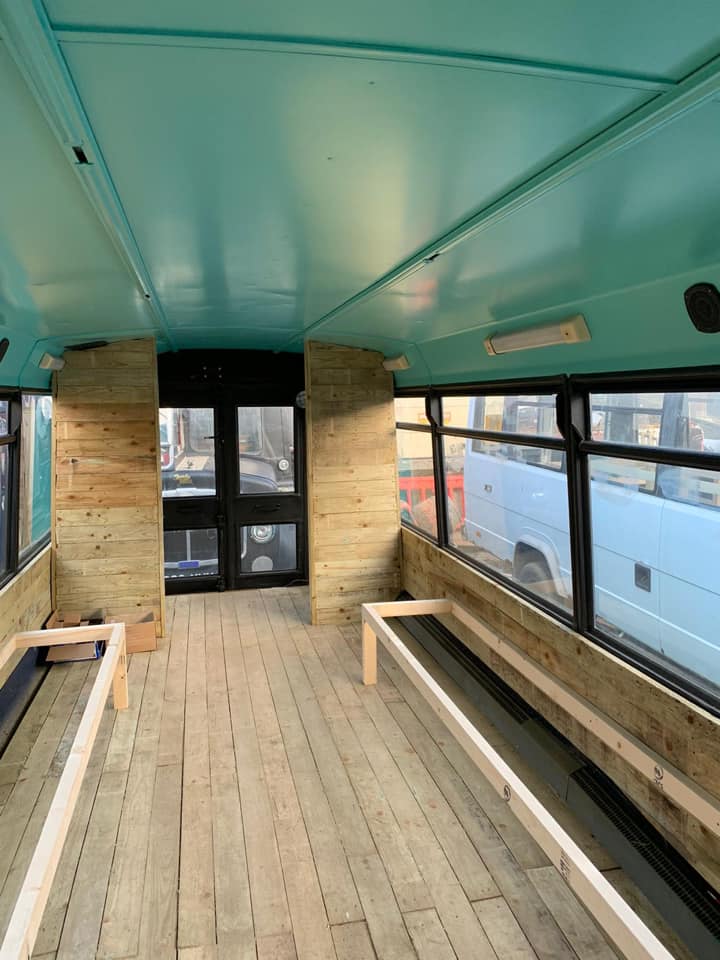 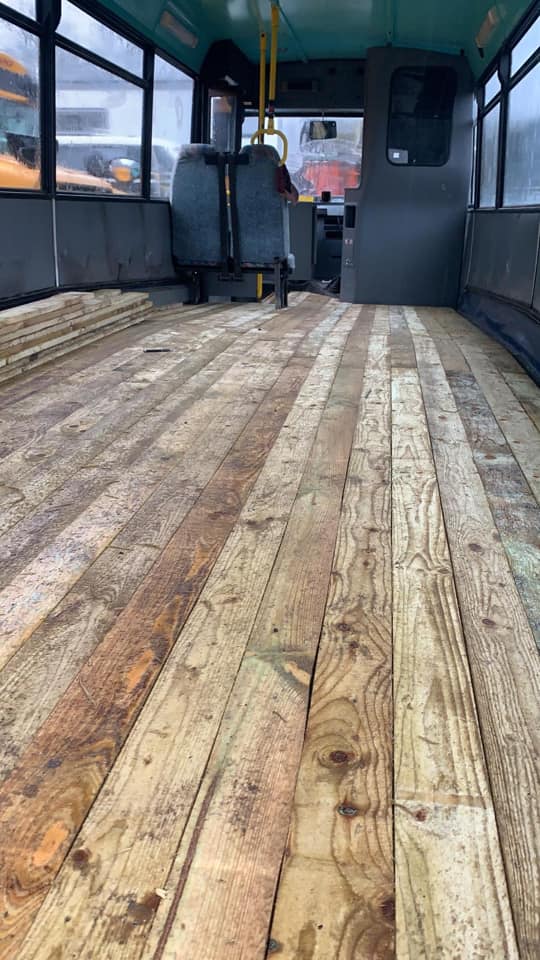 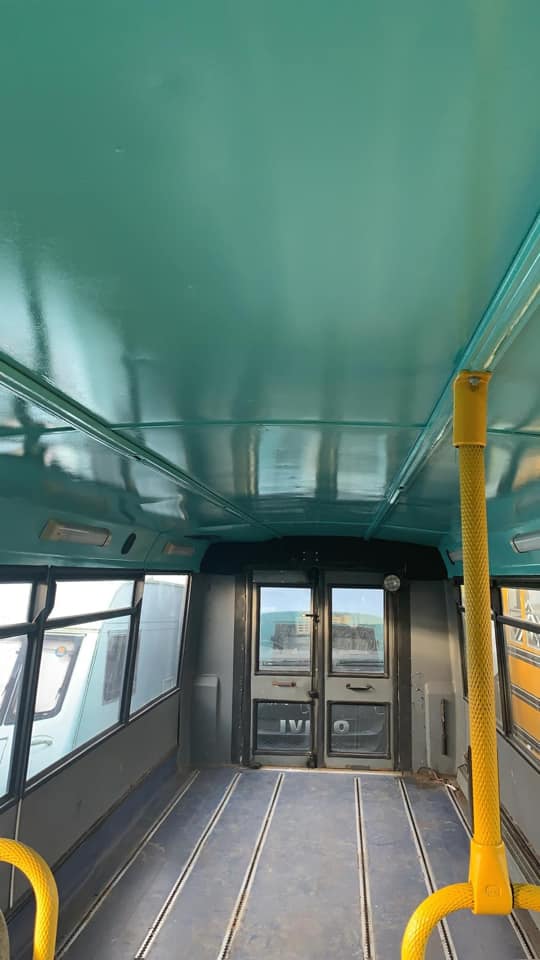 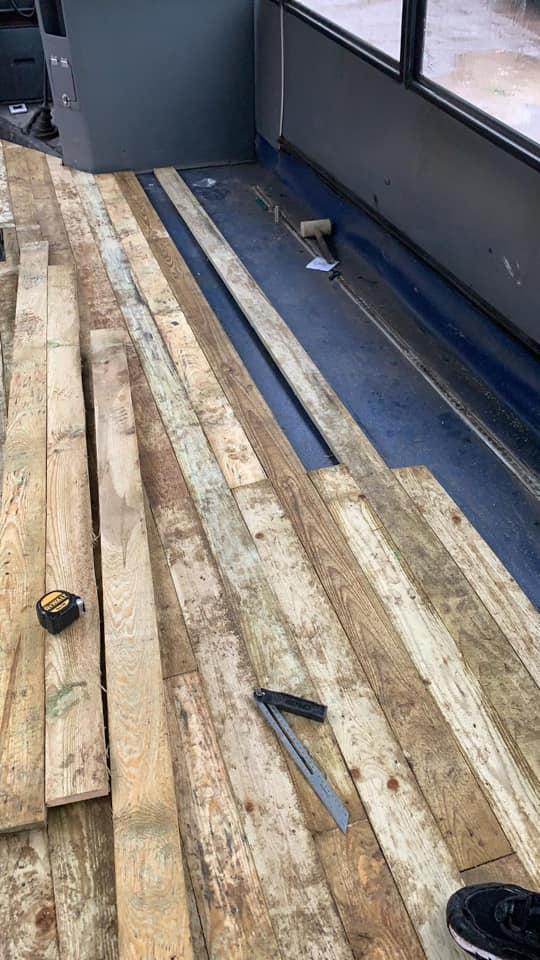 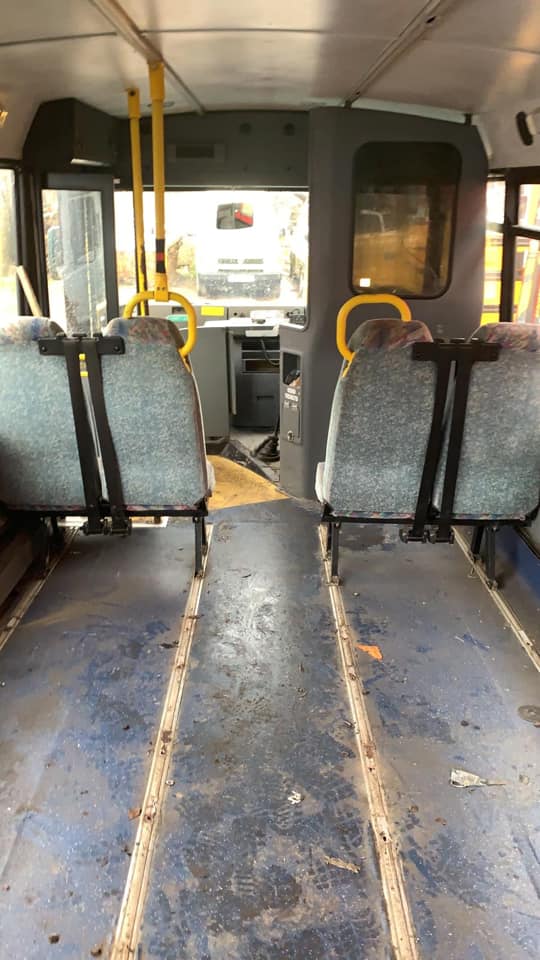 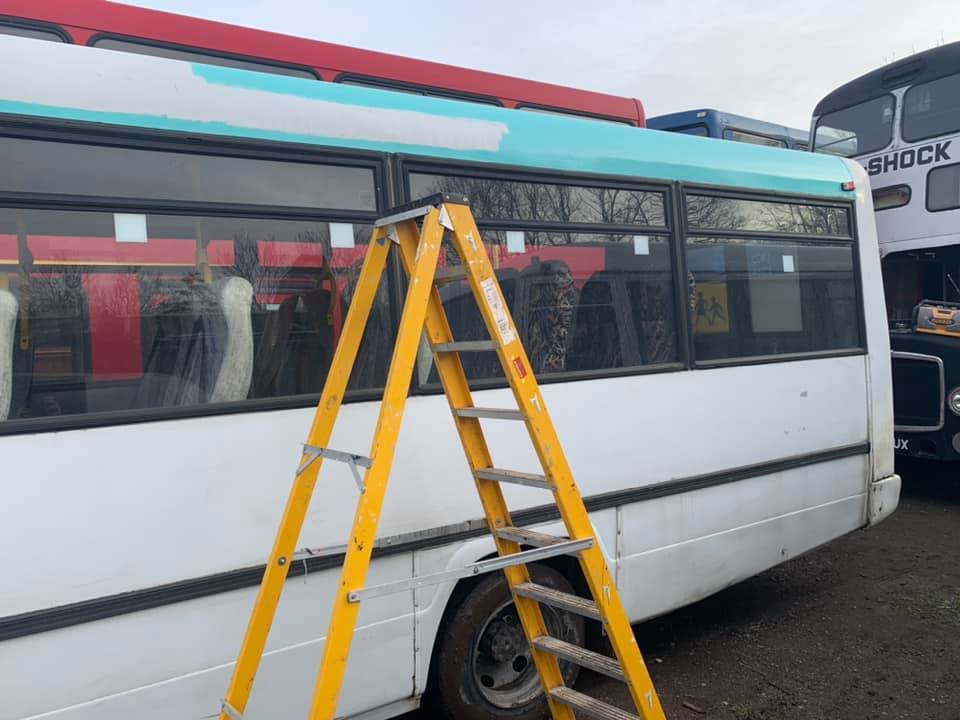 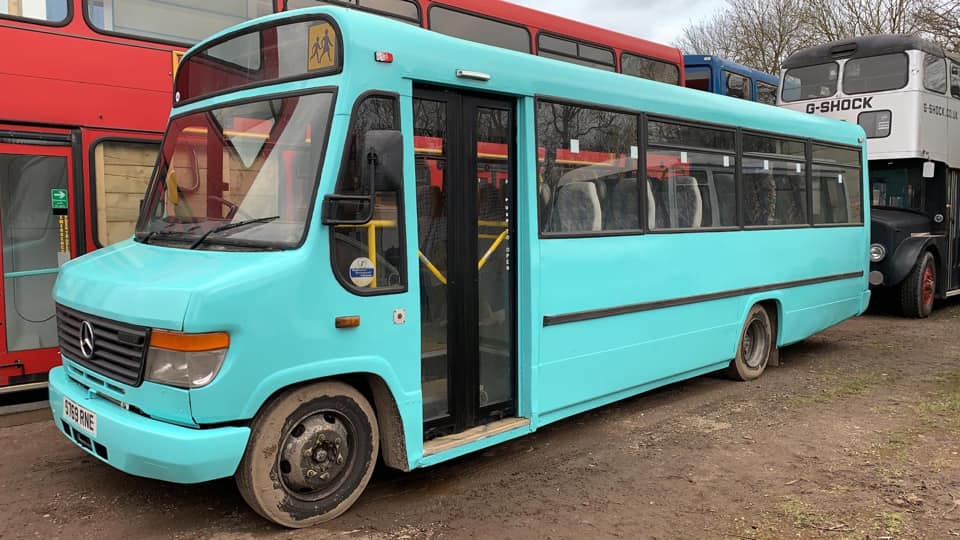 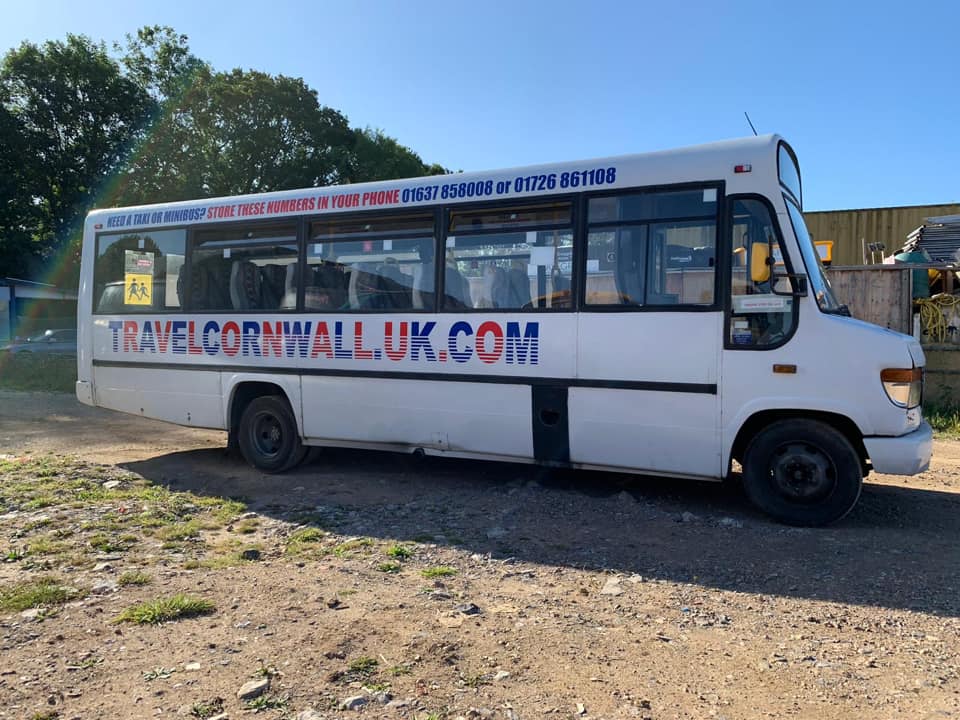 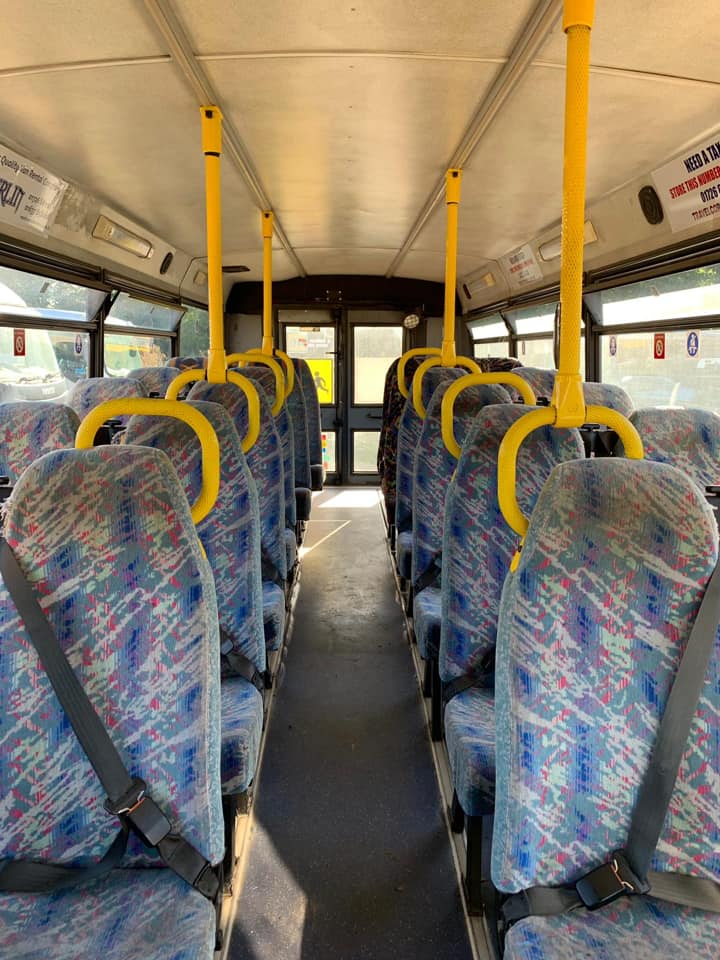 Book the bus to come to your organisation or town